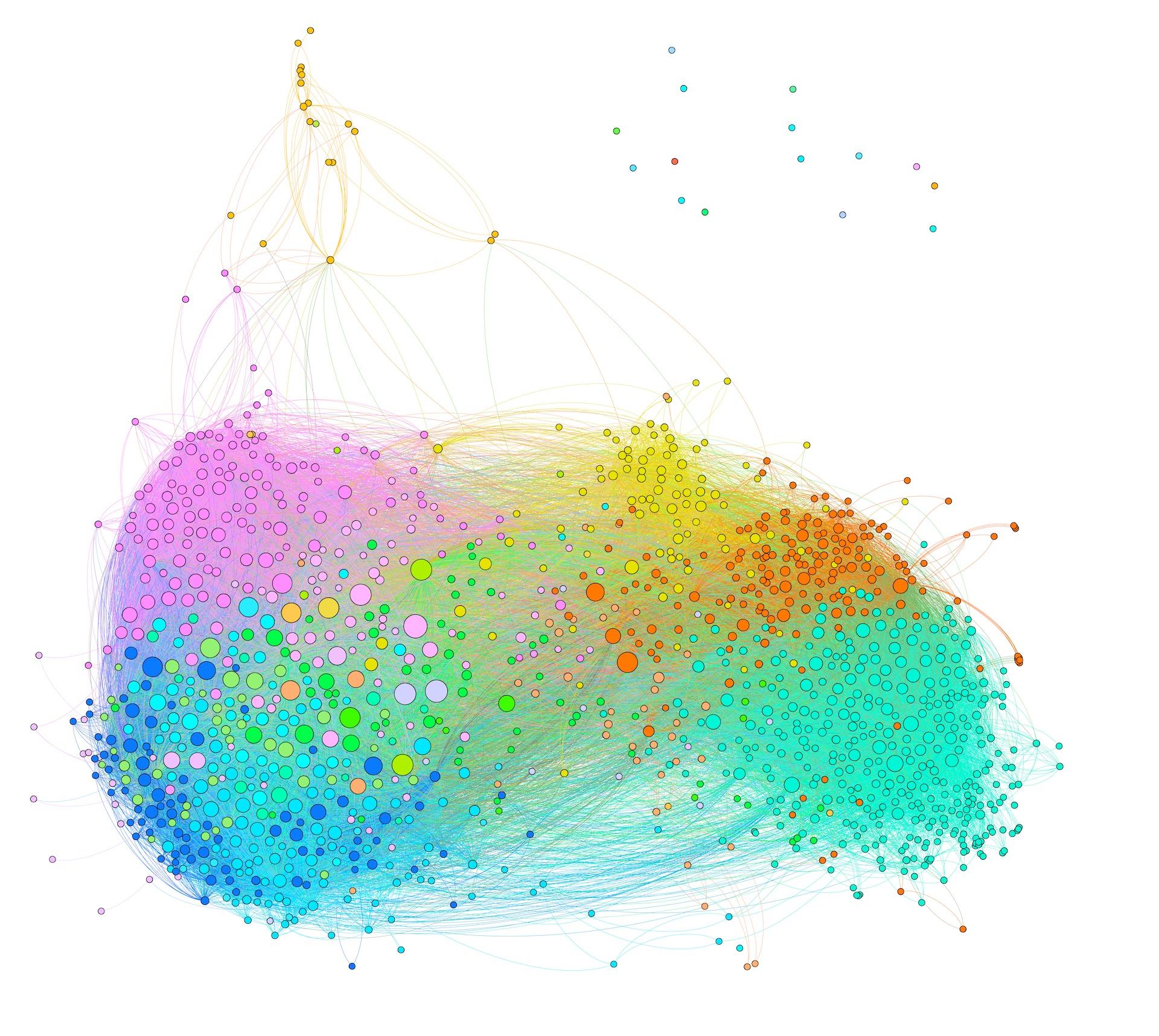 Image: A map of the Maker Movement elaborated from its presence on digital platforms. Source: Menichinelli & Gerson Saltiel Schmidt, 2020

Through the last decades, the quest for sustainability (especially in design, but this is representative of most of disciplines) has evolved from a pure technology and product focus to a more social one, where sustainability is addressed as a socio-technical challenge (to be precise, the focus has shifted from Product to Product-Service System then to Spatio-Social and finally to Socio-Technical System).

This is why social innovation initiatives are increasingly more relevant and interesting, because they could contribute not only to social challenges but also to environmental ones: for example, all those grassroots communities of citizens that creatively invent sustainable ways of living by using existing scarce resources in creative, original and systemic ways. It is increasingly recognised that everybody, not only professionals, even citizens who take action in a field where they are not professionally trained, can contribute to new sustainable lifestyles in an active way.

Furthermore, this trend has been pushed forward also by the emergence of digital technologies, which have often been designed to empower people and to promote such a democratisation and empowerment culture. Social Innovation initiatives that adopt digital technologies to address social challenges in their practices and push them forward are called Digital Social Innovations, and represents a growing ecosystem with more than 2,000 organisations and 1,500 projects in Europe. This in line with the idea that now sustainability has to be reached considering socio-technical systems and not just technology.

This is why, among digital tools, platforms have recently become more relevant: not just for their ability to be pervasive and large-scale, but for their ability to connect different kind of users, with different profiles and interests, matching them and offering a support (a platform!) for the emergence of their networking, discussion and collaboration.

As John Thackara wrote in the first blog post of this project:

“Village Hosts seek out and connect assets that may already exist in a community – but are unknown, or isolated: people, places, buildings, and skills. They connect these neglected assets in events, services and enterprises.”

Village Hosts are one of these cases of emerging distributed grassroots social innovation initiatives that have a great potential for social and environmental positive impact in rural areas, that often consider themselves as ‘left-behind’ by globalisation, economy, governments and society. Village Hosts are thus in the position of experimenting new economic and social models that do not necessarily have to follow the mainstream ones, while still with the need of connecting these places with larger-scale networks and more central places.

There are already many Village Hosts, but many of them don’t know yet about this phenomenon and its potentiality, and are not in contact with other Village Hosts, or with few of them. Right now, there are many scattered and isolated individuals and communities that could be supported by forming a larger and more connected movement that can grow, self-organise, learn from each member and from the whole community and ultimately have a positive impact.

A platform, thanks to its ability of onboarding, matching, networking and supporting distributed actors, can have an important role in supporting the European (and maybe also global!) Village Hosts community in this direction. Furthermore, such a tool is not only useful for sharing knowledge, organise events and initiatives and supporting peer-to-peer learning dynamics, but also for gaining a picture of the community as a whole, with the connections and interactions among all the members. Mapping all the distributed actors that are active in rural social innovation can both reinforce the community and gather data about it: providing statistics about Village Hosts and their impact, the OSVH platform can generate data that can be further adopted in order to promote the importance of Village Hosts to policy makers, institutions at all levels, companies, associations and citizens.

Zoom in and Zoom out

The hidden life of rural activators

Rural trends that may impact sustainability

“THE EUROPEAN COMMISSION SUPPORT FOR THE PRODUCTION OF THIS PUBLICATION DOES NOT CONSTITUTE AN ENDORSEMENT OF THE CONTENTS WHICH REFLECTS THE VIEWS ONLY OF THE AUTHORS, AND THE COMMISSION CANNOT BE HELD RESPONSIBLE FOR ANY USE WHICH MAY BE MADE OF THE INFORMATION CONTAINED THEREIN.”