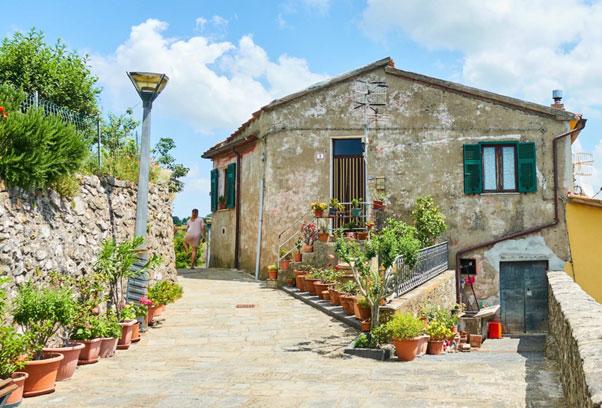 Article by Materahub – Image above: LonelyPlanet

The rural depopulation is not a new phenomenon among just a few state governments. It is, in fact, a global trend. According to the United Nations, only 44% of the world population lives in rural areas in 2020, and this number is forecast to decline to 32% by 2050. The countries experiencing the largest projected decline in the rural population are mainly from Asia, where the economy is booming and the speed of urbanization is faster than ever before, namely, China, India, Indonesia, etc.

Europe is not an exception to this worldwide tendency that has been happening since the second half of the 20th century. In 2018, only 28% Europeans lived in rural regions. In Italy, Spain and Serbia around 5500, 3500 and 4700 small villages are declining respectively. And in thirty years’ time, the population of European rural regions is estimated to decrease by 8 million inhabitants. Some common reasons proposed to explain this problem are population aging (with a rise in life expectancy and a drop in fertility), rural-to-urban migration of young people for better economic opportunities and free-movement of goods and individuals among European Union countries.

This phenomenon can lead to catastrophic consequences for these rural territories, for instance, the brain drain, whereby people leave to achieve higher education or career goals, the depletion of human capital resources and even the creation of a vicious cycle of socio-economic losses. These issues can be precisely named as fewer job opportunities, lack of infrastructure especially modern transportation networks, degradation of basic public services and entertainment options, etc.

However, rural areas are the backbone of the territorial equation of the world in which almost half of the population are residing. It is consequently essential to promote balanced development in order to relieve urban overpopulation and revitalize rural regions, especially backcountry zones.

In fact, both global and local initiatives have been put forward and carried out to cope with above-mentioned circumstances in rural territories. For example, many campaigns are being run to revitalize rural areas through digital transformation – Smart Villages. IEEE Smart Village: Empowering off-grid communities, which aims at enabling the access to the energy in the rural contexts, are worldwide active to meet the SDG 2030, especially Goal 7 – Affordable and Clean Energy. Currently, there are more than a thousand stakeholders from 70 countries joining this network, but mainly in six large regions, namely East Africa, West Africa, South Asia, South-East Asia, South America, and Central America, Caribbean, Mexico – the so-called developing world with limited possibilities to access infrastructure. Another Smart City initiative is supplemented by the Indian Smart Village Initiative focusing on harnessing the benefits of ICT for the people living in rural sites. It is expected to provide a basic framework for local people to enhance their participation on a local level and to improve their economic, social and living conditions thus making their community stronger. Furthermore, in China, rural revitalization is the critical component of the government’s work plan in the period of 2020-2025, under the five-year Rural Revitalization Strategic Plans (RRS). China shifted its focus to overall rural revitalization to benefit both the environment and the people. These plans include, for instance, promoting the socioeconomic development of the countryside and encouraging the development of secondary and tertiary industries in rural areas, in which agriculture, rural areas and farmers are the top priorities. At the same time, the rural revitalization strategy is targeted to promote the sustainable development of the countryside, including creating a robust rural economy. In Europe, there are also abundant campaigns being carried out. At the private organization or institution level, the project ReWI Visions is run by JAPA – Jyväskylä Sustainable Development Association and LEADER – funded youth association Jyvässeudun 4H to inspire young people in rural Finland to examine circular economy entrepreneurship and start business. The activities aim to offer a comprehensive toolbox for coaching circular economy talent. Youth exchanges, international communication, promoting youth circular economy entrepreneurship with business courses and youth club activities are supplemented by manuals and videos. Impressively, 40 companies with circular economy themes have already been established by young people through the project. Another fantastic project is Municipal electric cars-sharing service set up with LEADER funding aimed at improving mobility and access to public services in Villerouge-Termenès is a small village in southern France with 140 inhabitants. In this village, there are no major public services such as medical centers or large shops in the area and the closest bakery is 10 km away. Much of the population had difficulties in getting around, especially the elderly and young people with modest financial resources. Thanks to this cost-efficient and green transport solution, villagers can have trips up to 80 km, including access to supermarkets, DIY stores, specialized care and hospitals as well as visit family and friends. There are even more projects being implemented under the Horizon 2020 (#H2020) – the EU’s research and innovation funding programme from 2014-2020 with a budget of nearly €80 billion. For instance, FARMWELL is a Thematic Network project aimed at improving farmers’ wellbeing through social innovation. RURALIZATION is another campaign promoting rural development through the involvement of new generations and new models for land use and economic activities. Or SHERPA – rural science-society-policy interfaces is a sustainable hub to engage into rural policies with actors. 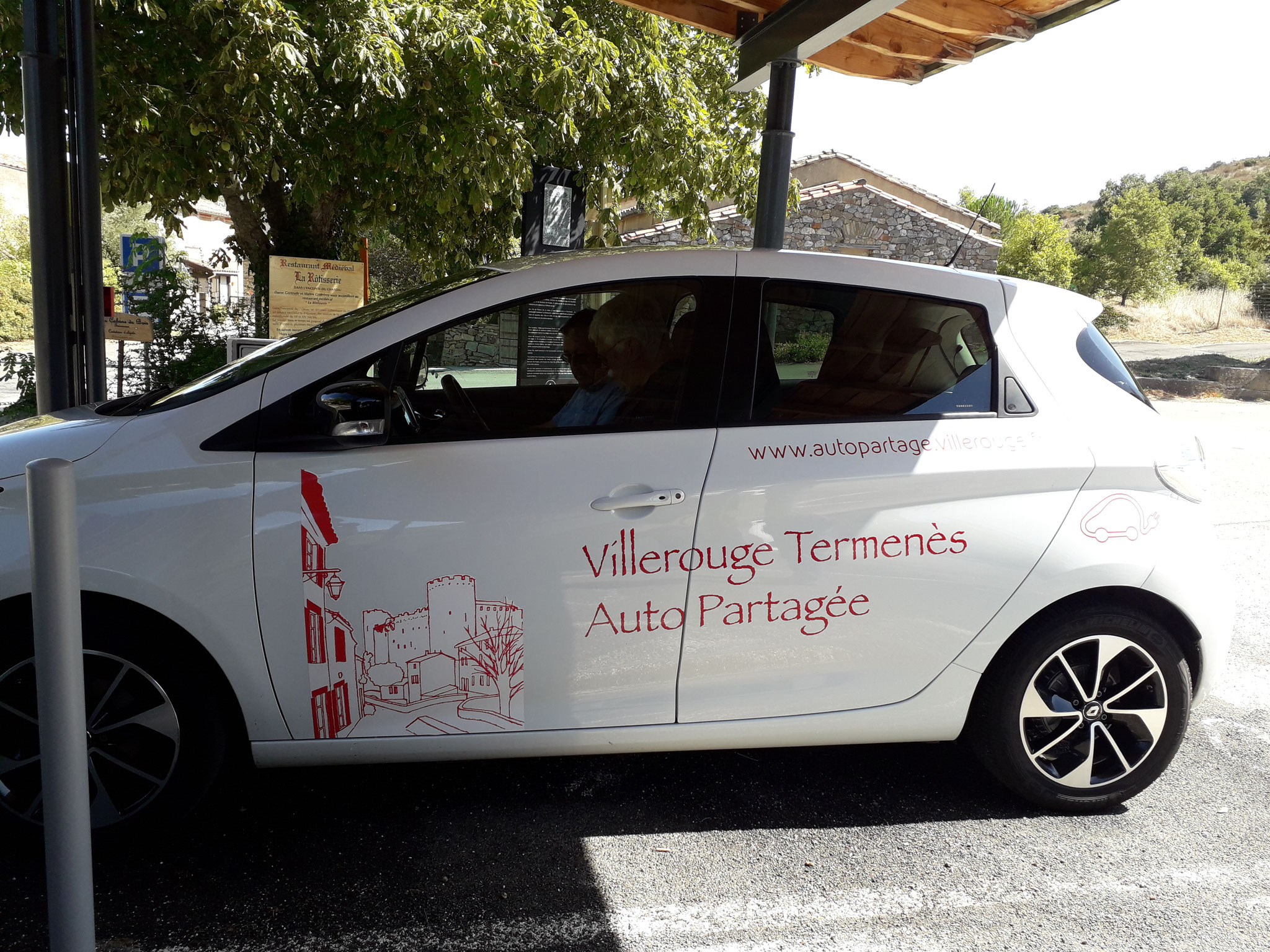 At the policy level, the European Commission has been actively entering this global race with the Priorities 2019-2024 strategy, in which A long-term vision for the EU’s rural areas is enlisted in New push for European democracy, under this long-term strategy. A Rural Pact launched in December 2021 and an “EU Rural Action Plan”, with tangible flagship projects and new tools will help achieve the goals of this vision. Rural Pact particularly is a framework for cooperation among authorities and stakeholders at European, national, regional and local levels to act on the needs and aspirations of rural residents. At a more micro level, the EU Rural Action Plan will testify the Commission’s commitment to the rural communities by articulating around flagship initiatives under different EU policy areas, namely creating an innovation ecosystem, boosting sustainable transport links and digitalisation, increasing environmental, climatic and social resilience and supporting economic diversification. The flagship initiatives can be named as a rural revitalization platform, rural digital futures, entrepreneurship and social economy in rural areas, etc. To give a clear example, the Commission launched the Start-up Village Forum aiming at becoming an open space to connect rural innovation actors. The broader objectives are supporting further development of rural innovation ecosystems, identifying and analyzing triggers for innovation in rural areas, connecting rural innovation actors across the EU, with a focus on start-up and providing a common understanding of the concept of Start-up village and highlighting the link with the concept of smart village.

In fact, in order to ensure the success of any project, human resource is always among the fundamental elements that usually is determined by the experience, skills and capabilities of people involved in. Understanding the necessity of ensuring this solid basis, the European Skills Agenda was launched by the European Commission which is a five-year plan to help individuals and businesses develop more and better skills and to put them to use. The first flagship of actions under this plan is Pact for skills, a shared engagement model for skills development in Europe. It involves private and public organizations to join forces and take concrete action to upskill and reskill people in Europe. Pact for skills covers 14 roundtables such as tourism, cultural and creative industries, agri-food etc. And the key principles are promoting a culture of lifelong learning, building strong skills partnerships, monitoring skills supply/demand and anticipating skills needs and working against discrimination in terms of both gender and opportunities.

As for cultural and creative industries (CCIs), many researches prove the importance of this sector in various aspects. The KEA European Affairs 2009 Report examined the contribution of the culture and the creative industries contribution to the wider economy. It also featured a series of recommendations for the better integration of culture and creativity into EU-wide strategy and policy. Another research done by some professors in 2012, with the case study in Jämtland Country, Sweden also illustrated the potential of cultural and creative industries in remote areas. In a mapping of the CCI sector in the country, it turned out that the CCI stands for in total nearly 1977 businesses, which was more than 10% of the total amount of businesses in the county. And these businesses employed 3.1 percent of the total population. This sector also embraced more businesses than many of the traditionally strong industrial sectors in the county, such as energy production, workshop industry, construction industry and the transport sector. Further relevant aspects of the sector include its tendency towards self-employment, frequent ownership by women, as well as a high frequency of multi-sectoral businesses in the CCI. Hence, it is a sector characterized by micro-businesses often involved in several sub-categories in the CCI, often owned by women.

With all these aforementioned aspirations to create a competency framework which is applicable in the cultural and creative industries (CCIs) to contribute to the development of rural areas, Open School for Village Hosts project, co-funded by Erasmus+ Programme of the European Union, was consequently born. This project will identify the range of competencies that Village Hosts could need and provide them with a pilot training programme to build and level up their skills. Village Hosts afterwards are expected to be capable of discovering existing but unknown assets in the community to create new livelihoods, and work opportunities, in emerging urban-rural markets: positive-impact tourism, nature reconnection, adventure sports, farm-shares, learning journeys, wellness retreats, work-vacations, heritage trails, and more. With the collaboration of experienced partners from Italy, Spain, Hungary, Serbia, Poland and Latvia, we envision a rural revitalization that can bring new social, economic and ecological life to small villages and their local communities all around Europe.

The future of villages lies in the hands of rural activators

Rural trends that may impact sustainability

“THE EUROPEAN COMMISSION SUPPORT FOR THE PRODUCTION OF THIS PUBLICATION DOES NOT CONSTITUTE AN ENDORSEMENT OF THE CONTENTS WHICH REFLECTS THE VIEWS ONLY OF THE AUTHORS, AND THE COMMISSION CANNOT BE HELD RESPONSIBLE FOR ANY USE WHICH MAY BE MADE OF THE INFORMATION CONTAINED THEREIN.”